Can you teach programming with a Raspberry Pi? 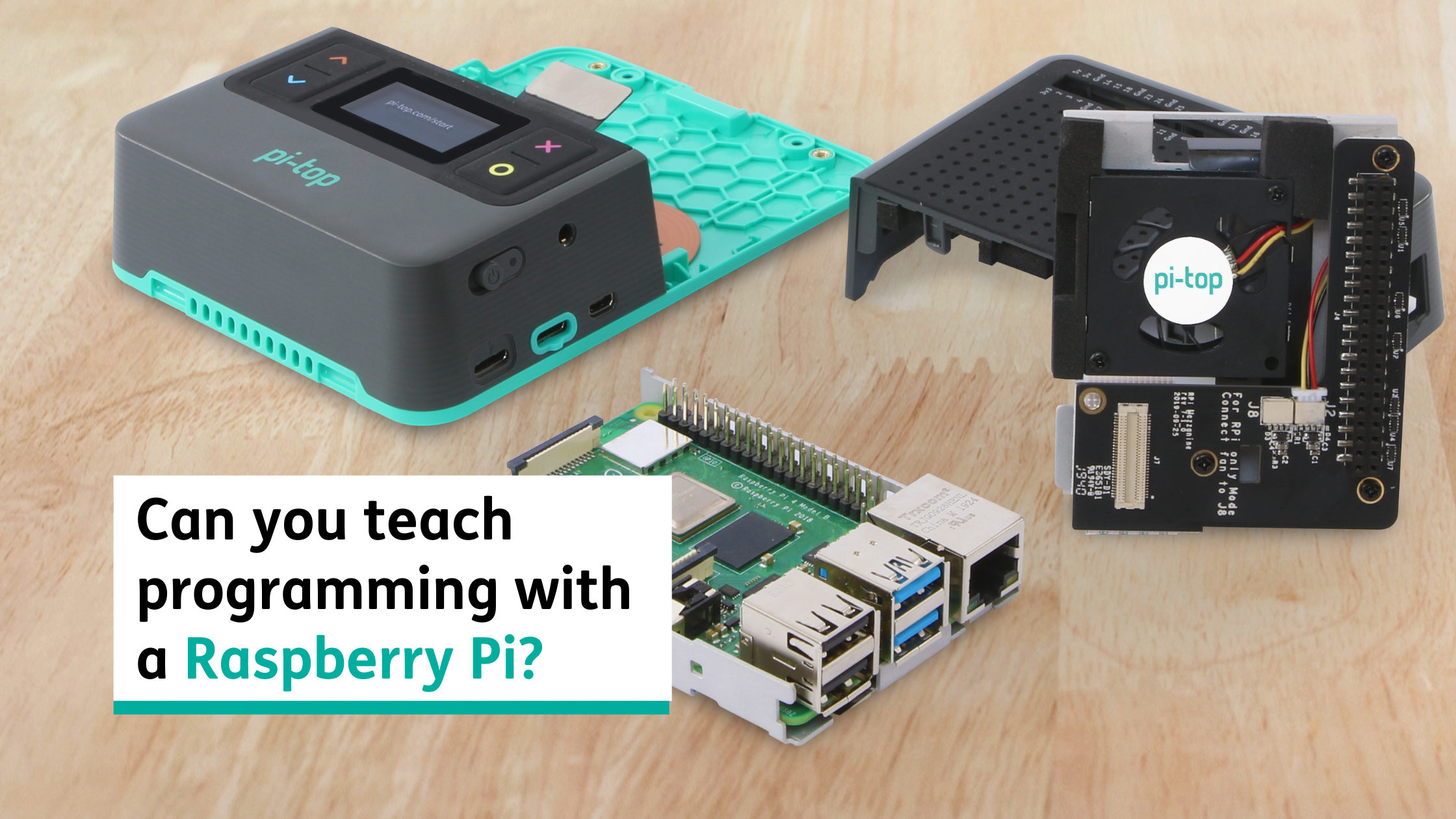 A Raspberry Pi is an innovative tool for teaching programming skills. It may look small, but it’s a powerful device, used to gain experience coding in the most popular scripting languages, from Python to JavaScript. Commonly used to make computer science accessible to developing countries, it is intentionally versatile, portable, and cost-effective. 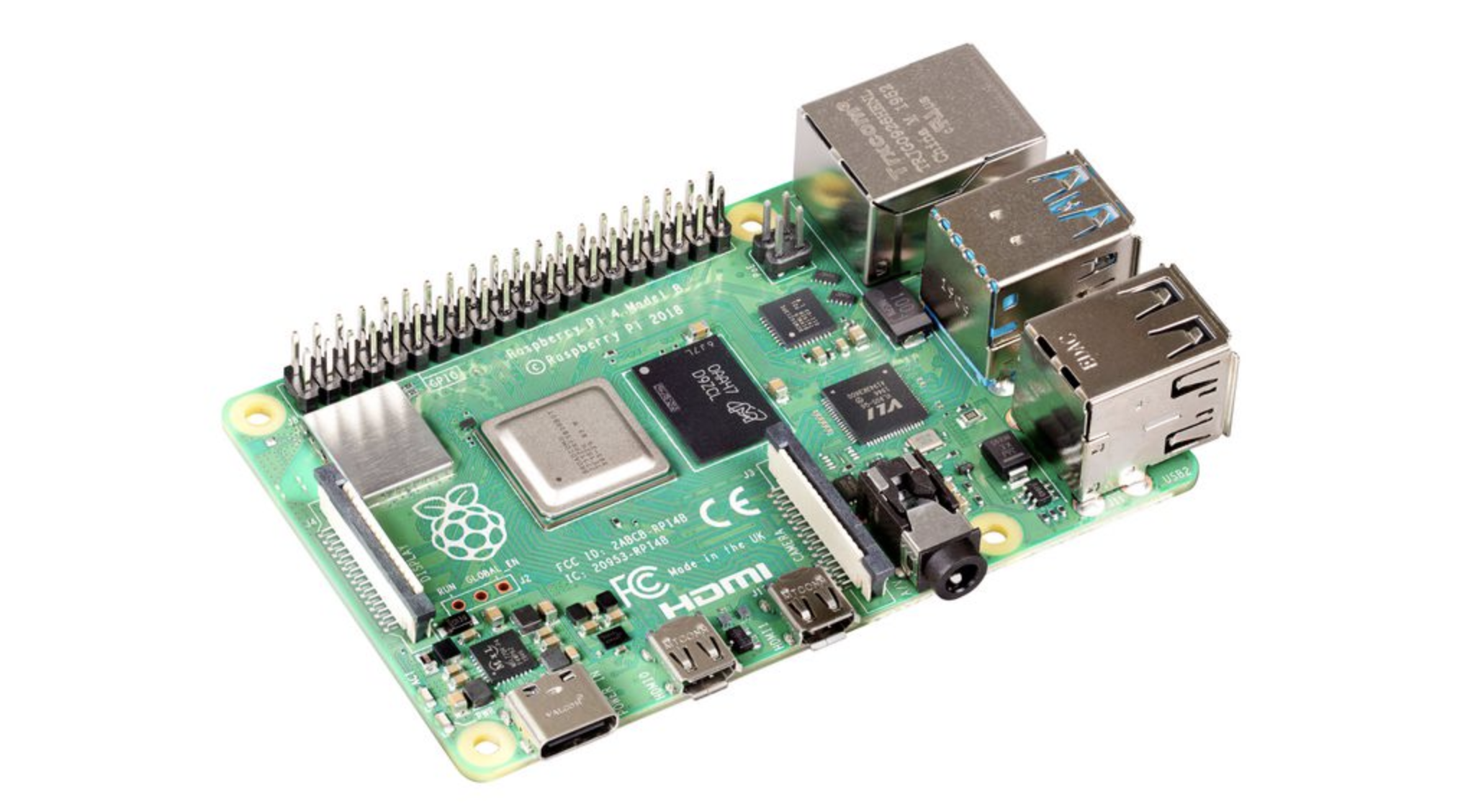 Its famed affordability makes it a low-risk option for new programmers to experiment, and provides the opportunity for students to develop computer science skills for a lucrative and still-expanding tech field. With all these benefits, many teachers may reach for the Raspberry Pi to build student programming skills.

But before you attempt to teach programming with a basic Raspberry Pi or order a class set for your Computer Science department, here are a couple of reasons to consider the pi-top [4] as an alternative foundation.

The Raspberry Pi is delicate and only portable to an extent.


It’s true, the standard Raspberry Pi costs $35 and is small and can fit in the palm of your hand, about the size of a credit card (The Raspberry Pi 4 is 2.2x3.4x 0.6). However, it isn’t ideal for classroom use, especially for younger students who might be rougher with the technology.

The Raspberry Pi is essentially an unprotected circuit board, so you’ll need to attach a keyboard, mouse, or monitor and connect it to a power supply to operate it (not to mention set ground rules for how to handle it carefully!).

A pi-top adds functionality to the Raspberry Pi’s size, acting as an attachable and detachable brain to power projects of your students’ choice.

While the Raspberry Pi is stationary and fragile on its own, the pi-top [4] comes with 15V 36W USB-C PD Power Supply Unit and provides a protective, mobile shell for the Raspberry Pi’s powerful brain.

A pi-top adds functionality to the Raspberry Pi’s size, acting as an attachable and detachable brain to power projects of your students’ choice. This makes it that much easier to meet each student’s needs as you teach programming.

You’ll need to install an OS on the Raspberry Pi.


Before you can teach programming with the Raspberry Pi, you’ll also need to install an operating system. You have a couple of options you can purchase:

1) an SD card preloaded with the Raspberry Pi OS; or

2) an SD card of at least 8G to download Raspberry Pi OS (you’ll later insert this into the Raspberry Pi).

The second option includes the added steps of procuring an SD card reader and downloading the Raspberry Pi imager.

A pi-top [4], on the other hand, simplifies these steps and launches a learner into the hands-on experience of programming that much faster. Once again, the pi-top takes the brain of a Raspberry Pi, and eliminates complications for teachers with a pre-installed 4GB RAM Raspberry Pi 4 and a 16GB SD card. 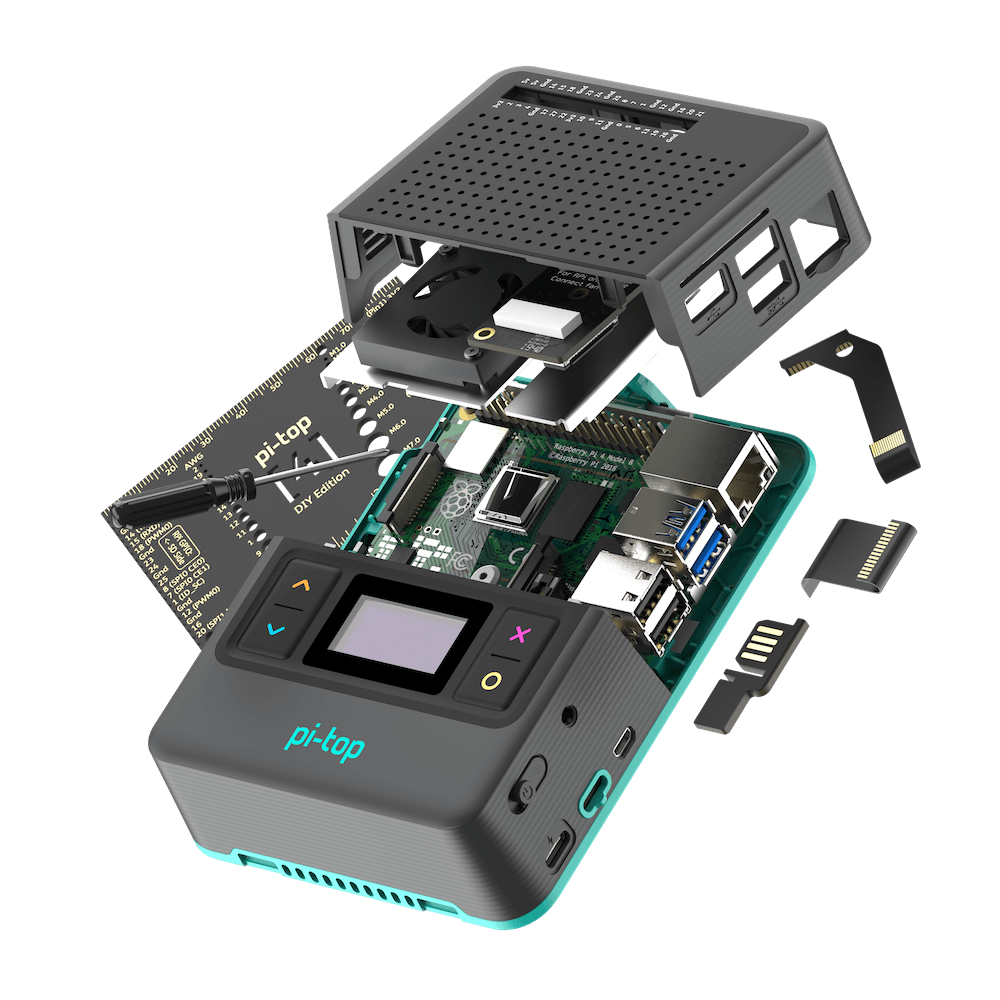 Once you get it set up, a Raspberry Pi can be an excellent investment, but the additional steps can be a complicated obstacle to teaching programming.

With the pi-top [4], teaching programming is as simple as choosing a project.

The pi-top [4] changes that, by making it easy to get started and easy to use. Without worrying about damaging your Raspberry Pi, being tied to a desk for programming, or dealing with the hassle of downloading an OS, a student programmer can develop invaluable 21st-century computer science skills. With the pi-top [4], teaching programming is as simple as choosing a project. 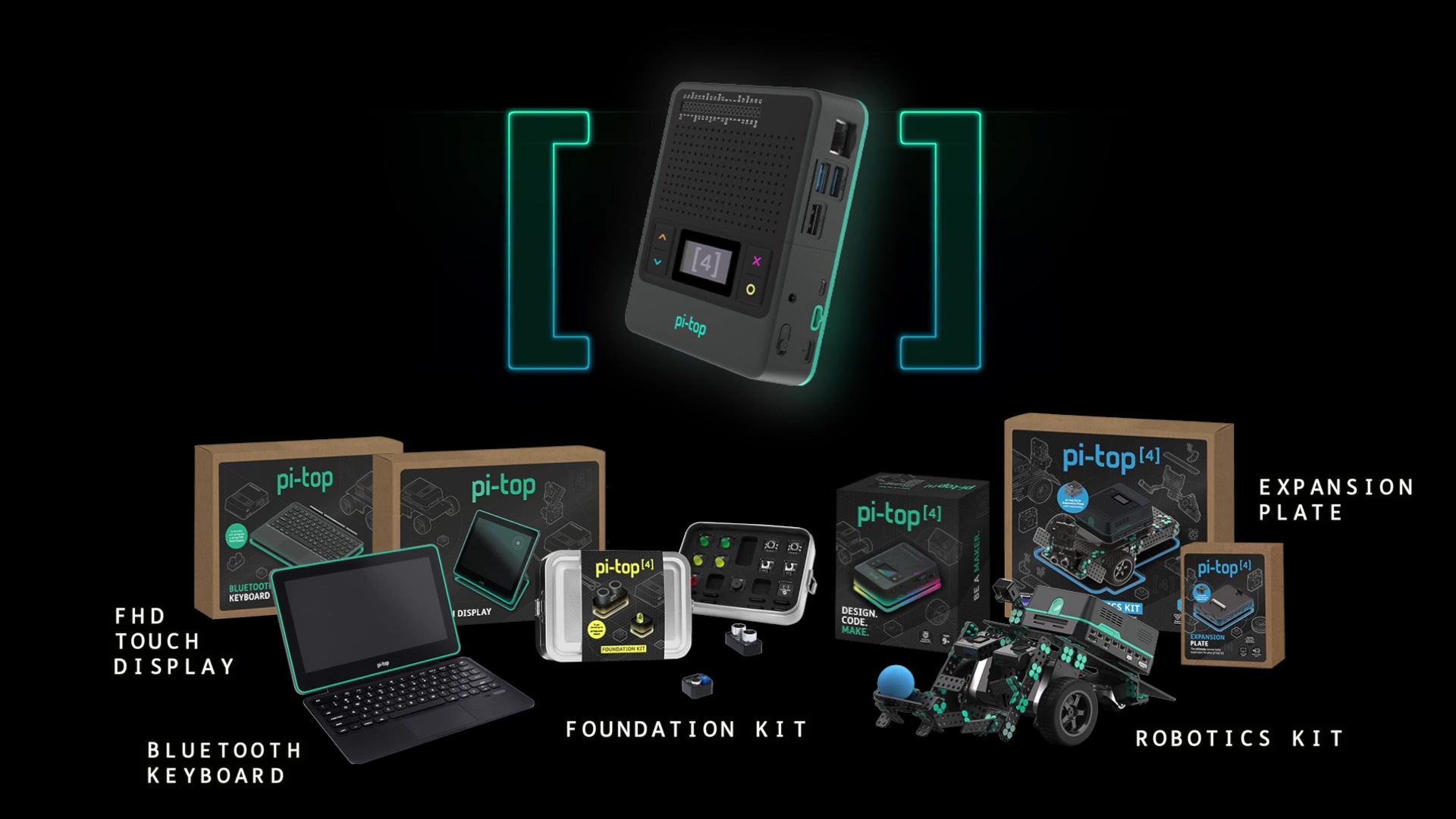