Haven't we met before? (Re)introducing pi-top [3] 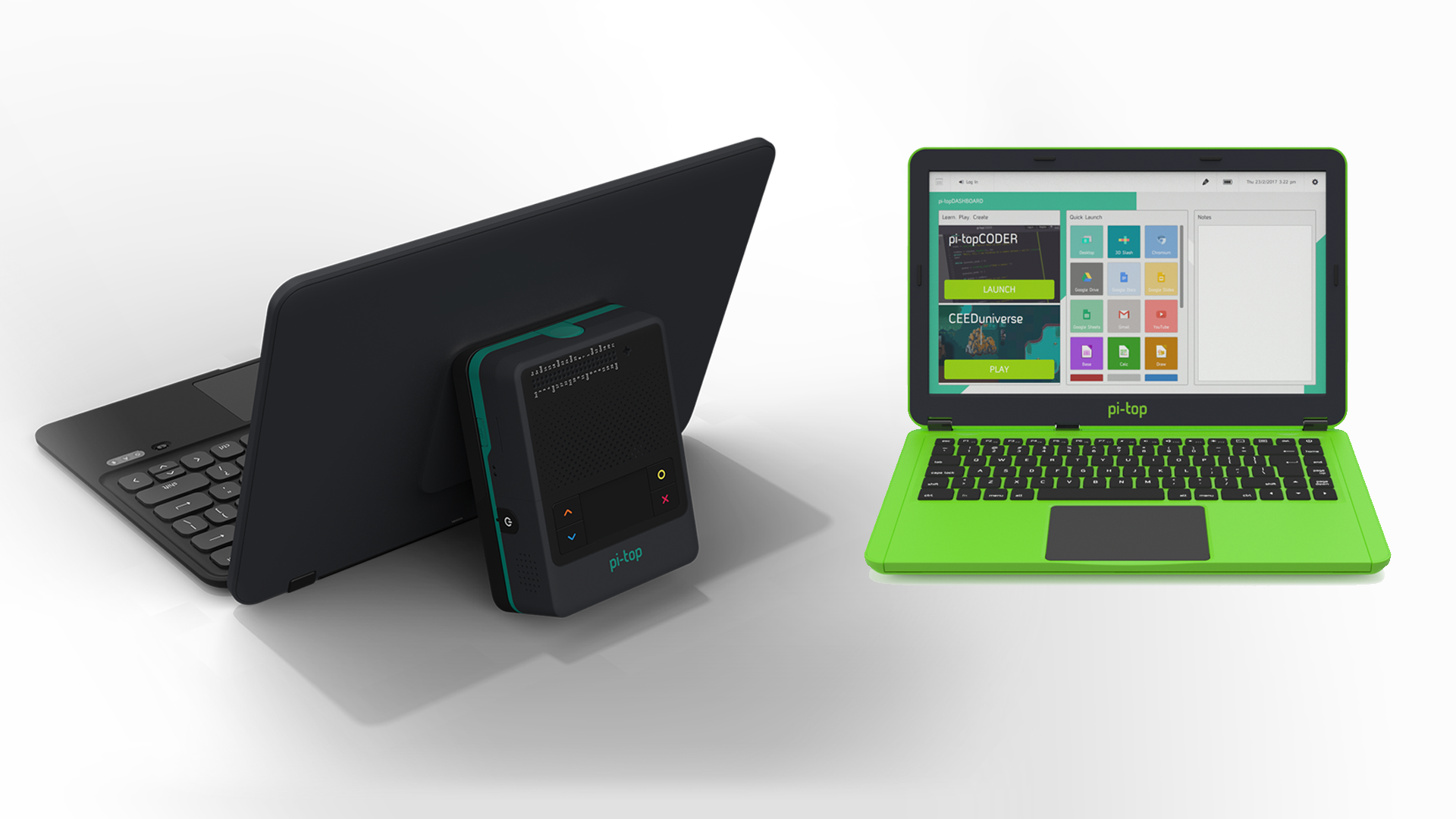 As you might have heard, we’ve recently launched a new product, the pi-top [4]. And so now we have a family as opposed to just one or two products, we thought it a good time to tidy up our product names. Here then, is a quick explainer of the pi-top family.


Announced in late 2014 and available from early 2015, the original pi-top, with the trackpad to the right-hand side, is to all intents and purposes, pi-top 1. It came in our vibrant green, as well as jet black, though here are some shots of early photo types in bright orange and purple, and we even have one in white. The original pi-top is now unsupported, though if you've got one, congratulations! Maybe in the future it'll be a collector's item?

2016 saw the release of our desktop model, the pi-topCEED. This can be considered to be the second pi-top, though it was never named publicly as such. We still sell this model, and it remains a great value budget option. Like the v1, CEEDs came in green and jet black.

Launched in 2017, the second generation laptop is the one most people have come across, and to date, is our bestselling product. It was known internally as a V2 or version two, and externally as just 'the new pi-top' (as we stopped making the original or V1 version). With CEED being the second machine we made, and the imminent launch of pi-top [4], it seemed only natural to give this machine a number in the sequence, and as it was the third machine, pi-top [3] seemed the most natural choice.

It’s exactly the same machine and the workhorse of our business. You can find it in over 2,000 schools around the world, and more than 50,000 children have, at one point or another, had a learning and making experience on a pi-top [3].

We still sell pi-top [3], as well as continuing to offer the full range of support services. If you have any support questions relating to any of the pi-top family, you can find many of the answers to common questions on our support pages, or email us at support at pi-top.com

Which brings us bang up to date with pi-top [4], the only one of the pi-top family you can attach to a weather balloon or a rover, not to mention a host of other projects and potential uses. You can find out more about pi-top [4] here, and register your interest so you’re up to date as to when it’ll be available.

So there you have it, a few name changes along the way as we’ve expanded the family. We hope you don’t mind.