An Inspirational Story - From Youth Volunteer to Software Engineer 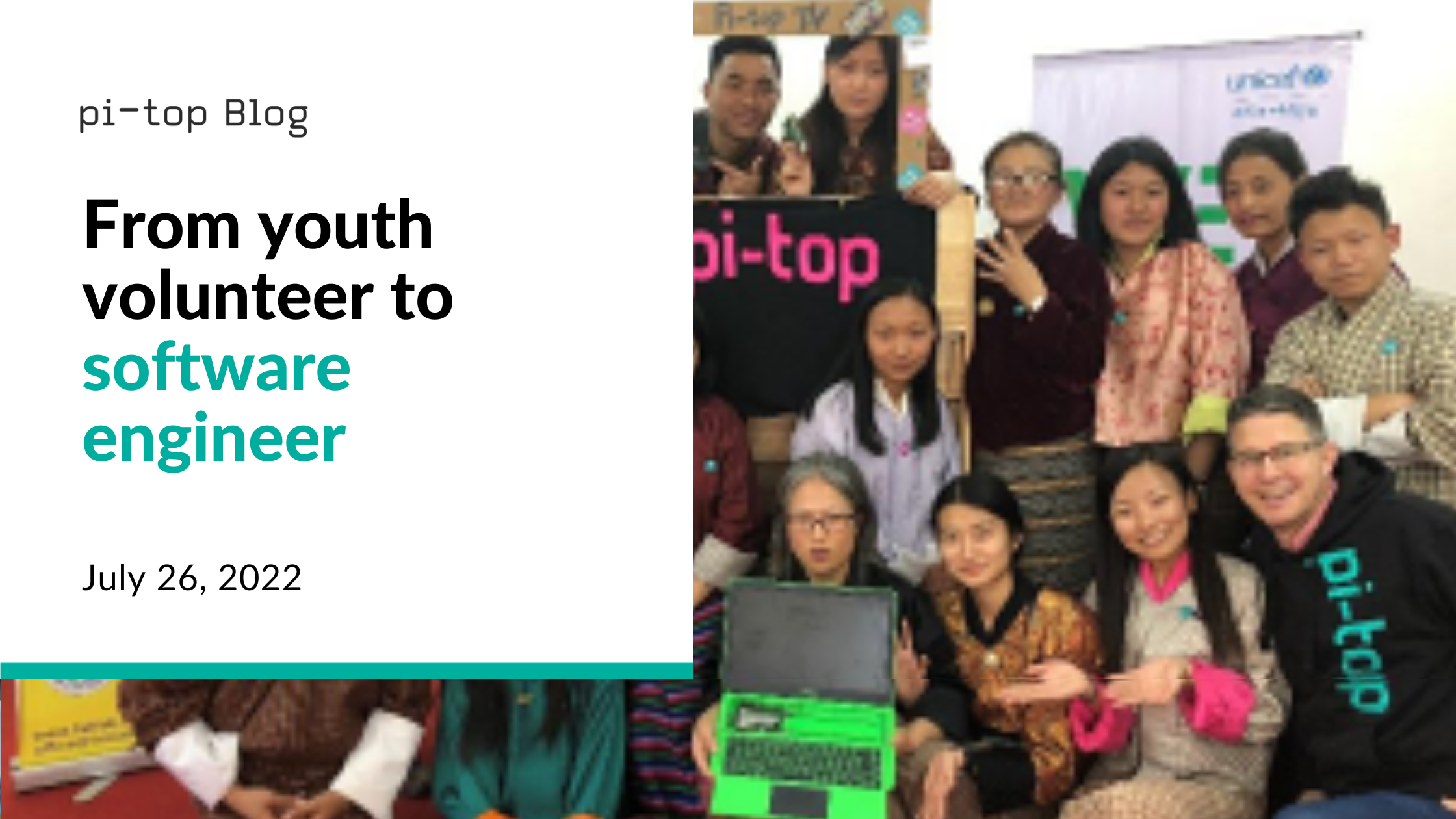 Credits to Sherig Bhutan by the Ministry of Education, Bhutan, FABLab Bhutan and Stephen Carrick Davies

We were first introduced to Ngawang Zangphel back in April 2019,  during a 10-day pi-top training program held in Thimphu, Bhutan.

Then only nineteen-years-old, Ngawang Zangphel was one of 22 trainees enrolled in the UNICEF -funded "Train The Trainers," pilot program designed to empower teachers and volunteers to use pi-top tools across four Youth Friendly Integrated Service Centres (YFISC).

Stephen Carrick-Davies was our point of contact in Bhutan to overseeing the pi-top program. "At first encounter, Ngawang comes across as a shy young man who seems younger than his years. However, as soon as you get talking about computers he appears to literally grow in stature before you and his eyes sparkle as he comes alive. 'I’ve learnt so much,' he told me as I reviewed his progress in the program," shared Stephen.

This program was centred around the pi-top [3], which proved particularly fruitful as students had to first assemble it in order to use it. "Sliding back the keyboard and adding various components including the Raspberry Pi operating system, speakers and additional components to help you start to code. This helps students understand not just how a computer works but how they can learn to code and start making things," explained Stephen.

The year prior to the program, Ngawang graduated from high-school and by his own admission did not finish with brilliant  grades, however, that doesn’t mean he is not clever he explained to Stephen. In Ngawang's own words, “Coming on this course has been like a dream come true. When I was young, I loved opening up gadgets to understand how they worked. I suppose curiosity is my first love!” he laughed.

Given his propensity for learning and success in the course, Ngawang was automatically included in the subsequent round of training in 2020, conducted in partnership with FABLab and UNICEF, using pi-top [4]'s and 3D printers. He soon became the focal trainer to teach fellow youth at the Youth Centre and was invited to facilitate orientations on pi-top products & coding programs across various regions of Bhutan.

Fast-forward to today and Zangphel beams as a proud Junior Software Engineer at SELISE Digital Platforms under Thimphu Tech Park. Just a week before Zangphel was to start at his new job and new life, the Ministry of Bhutan received renewed support from UNICEF to start the Adolescent Skills and Employability Program in the schools and the Youth Centres. A bootcamp was held in Thimphu and Zangphel, together with the Youth Centre team, won the second prize for the best app-pitch to help adolescents with mental health and related issues. Today, the team is working in earnest to make their vision a reality and Zangphel is leading the app programming.

Stories like Ngawang Zhanphel's are key to reminding societies and educators alike, that children, adolescents and young people often bear varying aptitudes for academics, which do not necessarily qualify their capacity for productive output or professional growth. A simple case may be made that more learning opportunities, platforms or resources could ignite undiscovered interests and passion for different subjects.

We wish Ngawang Zhanphel every success in his journey and hope his story inspires more people around the world to look beyond their circumstances, to take risks and try learning new skills that could help build a brighter future. 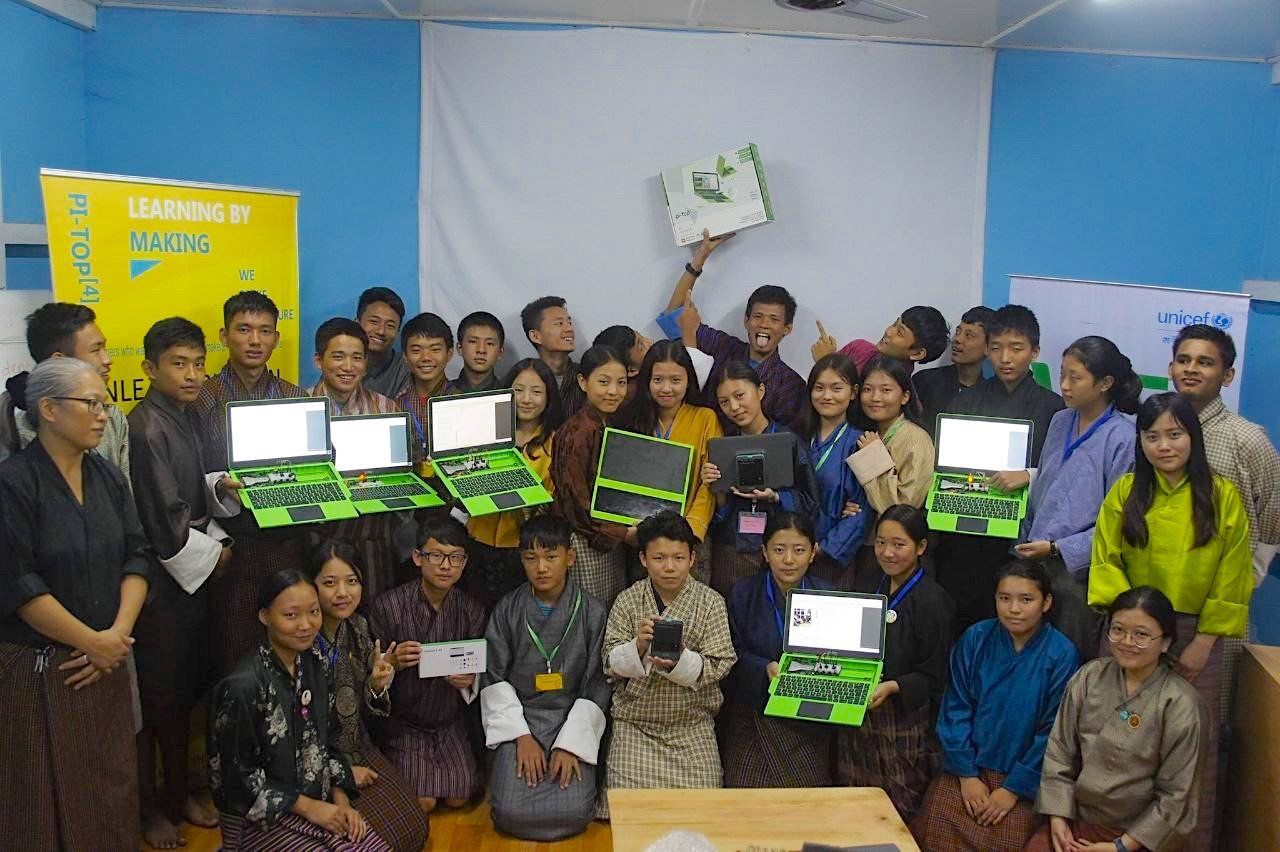