The girl and the bull 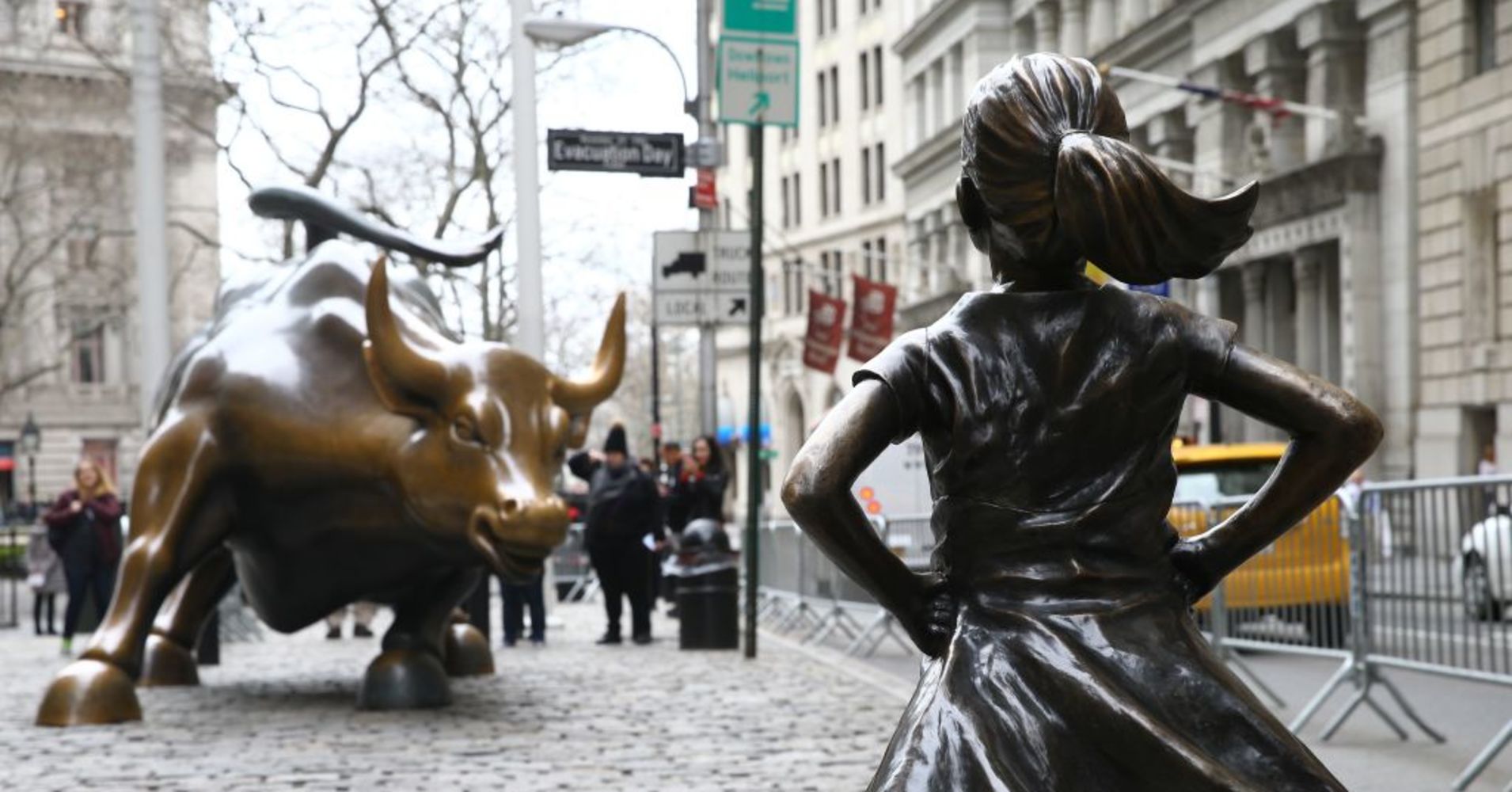 In March 2017, the city of New York woke up with a new neighbour: the Fearless Girl. The bronze statue depicts a girl who, as originally installed, faced a much larger and heavier bronze statue, the Charging Bull (or Wall Street Bull).

The girl was commissioned by State Street Global Advisors to call attention to the role of women in corporate America and its 'gender diversity index' fund. Not without controversy, the statue became an instant success and a social phenomenon but was eventually moved away from the bull. The original spot bears a plaque, encouraging visitors to "stand for her" there.

Exactly two years after, and just in time for International Women's Day, a replica of the statue has been installed in London's financial district to "continue to take a stand for the important issues of gender diversity at the board and senior leadership level," says SSGA's Lori Heinel.

Why closing the gap is important?

Females and minorities make up for more than half of the world's population, but yet they are much less likely to earn STEM degrees or become STEM professionals, and women still make up a small share of top leadership jobs.

The graphs above represent the US, but things aren't better in the UK either. As Dr Jess Wade explained in her brilliant talk on gender and making, the top A-level subject choices, divided by gender, show that the subjects needed for making (such as maths, physics and computing) are all dominated by boys.

The problem? Social pressure on girls and women to pursue careers seen as 'suitable for women', the perennial problem of child care, and sexism are some of the reasons for this inequality.

"For a really, really long time, makers have been all men, all white, and all incredibly privileged," remarks Wade in her talk. Just a quick image search on Google of the term 'successful person' ratifies her claim. Mark Zuckerberg, Thomas Edison, Steve Jobs... mostly men, predominantly white. How encouraging.

So with these demoralising stats and the lack of female role models in STEAM and in leadership positions, how can we empower girls to pursue their dreams? the answer might be making.

In 2010, Emily Pilloton launched Studio H, a high school program where students learn everything from concepting and drafting to carpentry and construction. Six years later, the program expanded into Girls Garage, a brick-and-mortar workspace dedicated for girls ages 9-17.

By encouraging the girls to make, they experience what creativity can do, and inspires them to bring their audacious ideas to life.

"A lot of students feel very disconnected from the things they're being taught, and if we can make that learning feel personal to them, then everyone thrives," says Emily.

Perhaps, we should all learn from that little statue and start to stand up for what we value and be more fearless. Make stuff, break things, challenge what people think 'a girl should do'. The future of work, and education, is collaborative, inclusive, gender-balanced and open to any and every person with the imagination and desire to learn.