From code to cake! A recipe for 'learning by making' for younger children

Topics: Learning by making under 11 For educators long read 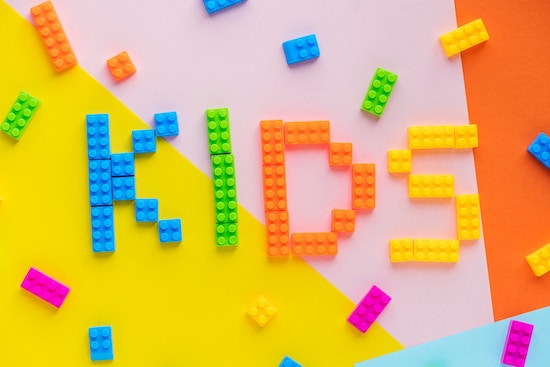 In this essay, two of pi-top's learning team explore how to bring social constructionism and learning by making to the under 12s.


As an amateur cook, recipes are important to me. In fact, I rely upon them. Whether it is my Great-Aunt Pet’s chocolate fudge cake or my mother’s slow-roasted reverse-sear rib roast, recipes provide a trusted method for replicating a specific dish with regularity. I intentionally highlight the words replicate and specific here because they illustrate why recipes aren’t the best fit for maker education.

In surveying a wide range of educational media pertaining to the maker movement (videos, blog posts, lesson plans, etc), you find a lot of recipes. This is particularly true when the target audience is younger children (under 12s). By recipes, we mean that you find a lot of steps telling learners how to replicate specific projects with specific end results. This prescriptive type of teaching can seem appealing for a number of reasons; it’s straightforward to create a series of steps, it’s quickly consumed and it’s easy to assess. It’s also familiar, in the sense that this type of instruction is relatively common and it fits into the traditional paradigm of education being about telling and being told what to do.

We’ve all seen evidence of recipes before. How can you tell? If you stare at a wall of student work in a classroom and it all looks neat, tidy and virtually identical, it’s a recipe. In a recent Minute with Mitch video segment on his twitter feed, Mitch Resnick sadly recounts how he has visited classrooms where all of the students follow the same step-by-step instructions. The big problem is that if our students all recreate the same project, what have we learned about them? We’ve learned how well they can follow a recipe.

In his book, Mindstorms, Seymour Papert argued that “many children are held back in their learning because they have a model of learning in which you have either ‘got it’ or ‘got it wrong’.” While this traditional, binary model continues to plague many schools, it is most tragic when it is applied to the youngest among us. Our primary and intermediate aged learners have the most potential to surprise you with the flexibility of their thinking. They are capable of such magic and wonder when their curiosity and imagination remain untethered. So, what can we do to sustain that curiosity? Are there small steps we can take to begin the shift to a different kind of learning? Can we remix recipes for good?

To provide a different lens for how to use the recipe, I look to a favorite show - The Great British Bake Off. Specifically, I look to the second challenge of each episode. For that challenge, the bakers are each given the same ingredients, the same recipe and an equal amount of time to create their dish. The magic, in this case, IS in the recipe. You see, the recipe is left intentionally vague. This lack of clarity forces the bakers to apply their knowledge and play and tinker in order to find the best result. How long should the dough prove? What should the temperature be? How long should it bake? All of these elements are left to the discretion of the baker. This kind of making reflects Papert and Resnick’s ideas in the sense that it provides both a “low floor” and “wide walls”. The instructions within the recipe lower the barrier of entry to the work, while their nebulous nature allow for a greater variety of experimentation along the journey.

If we apply this thinking to our younger learners, it is clear that we should provide them with a physical and mental learning space that is conducive to exploration and creative endeavors. As Mitch wisely states in the ending of his video, “Make sure the kids have the space and the time to tinker, that is to experiment, explore and express themselves.” Creative work isn’t easy. Invention isn’t easy. They’re actually hard fun.

A recent blog post from AJ Juliani echoes this pattern of learning by tinkering within a theme, and allowing the interests and perspectives of students to shape the final outcome of a project. In the post, he highlights several projects done in classrooms across the United States by teachers with younger students, those under 12. The projects are diverse in subject area, final outcome, and learning standards, but they share many attributes that make constructionism such a powerful form of learning.

All of these projects started with a structure, like the theme in the Great British Bake Off challenges. Whether it was building a zoo or creating a pair of shoes, the students had some starting point on which to anchor the rest of the project. A starting point, though, isn’t the same as a recipe: it is flexible, and the students can take off and make decisions about where the project will go from there. None of the projects described had predetermined outcomes, as so many so-called project kits do. In fact, all of the teachers described ways in which their students surprised them with what they created and what skills they uncovered.

As Seymour Papert wrote in Mindstorms, the “knowledge is acquired for a recognizable personal purpose. The child does something with it”. That “doing something with it” makes the information much more interesting and “sticky” than it would be learned in isolation, and all the more so if the ones choosing what to research are the students. You can see the same thing happen in the Great British Bake Off, where the bakers choose the ingredients to incorporate into their bakes based on their own favorite flavors, their family recipes, or some ingredient they’ve come across that they just wanted to try out.

Another element shared by all the projects is collaboration. These students didn’t just 'collaborate' in the sense of all working on a project from the same instructions, sharing the same screen. These students – again, all under 12 – had real, meaningful collaboration, in which they had to define their roles, support each other, and negotiate competing ideas. Tough enough for many adults to do, never mind such young learners! This isn’t easy or automatic (several of the teachers talk about the difficulties and strategies they used to help their students with effective collaboration), but having a common goal and the ability to make choices about what they’re doing provided the context and motivation to work as a group.

Lastly, none of these projects were assessed using a test. Of course they weren’t – how could you even create a test for such a project? You could ask questions about the topic or the research, but that’s kind of missing the point, and with the learners steering the project, the teacher wouldn’t even know what to ask ahead of time. But they weren’t necessarily assessed on just the final outcome either. The teachers talked about using discussions, rubrics, and checkpoints throughout the projects to assess their students’ learning. In this way, they got a lot more information than just whether or not the students could follow directions or create a specific product. They were able to see students’ creativity, their problem-solving, and their teamwork skills. Similarly, in the Great British Bake Off, the winner of a challenge isn’t always the bake that is the best-looking or even the best-tasting. The judges watch the bakers as they work, and ask them questions, and they sometimes reward perseverance in the face of some catastrophe, or a novel way to achieve a desired flavor or texture.

In maker learning, baking, or really any creative endeavor, it’s not just about the end result. The process and the freedom to make choices and follow interests are the drivers of deep, meaningful learning – or sometimes, a delicious dessert.