Topics: Community News Back to School Education For educators 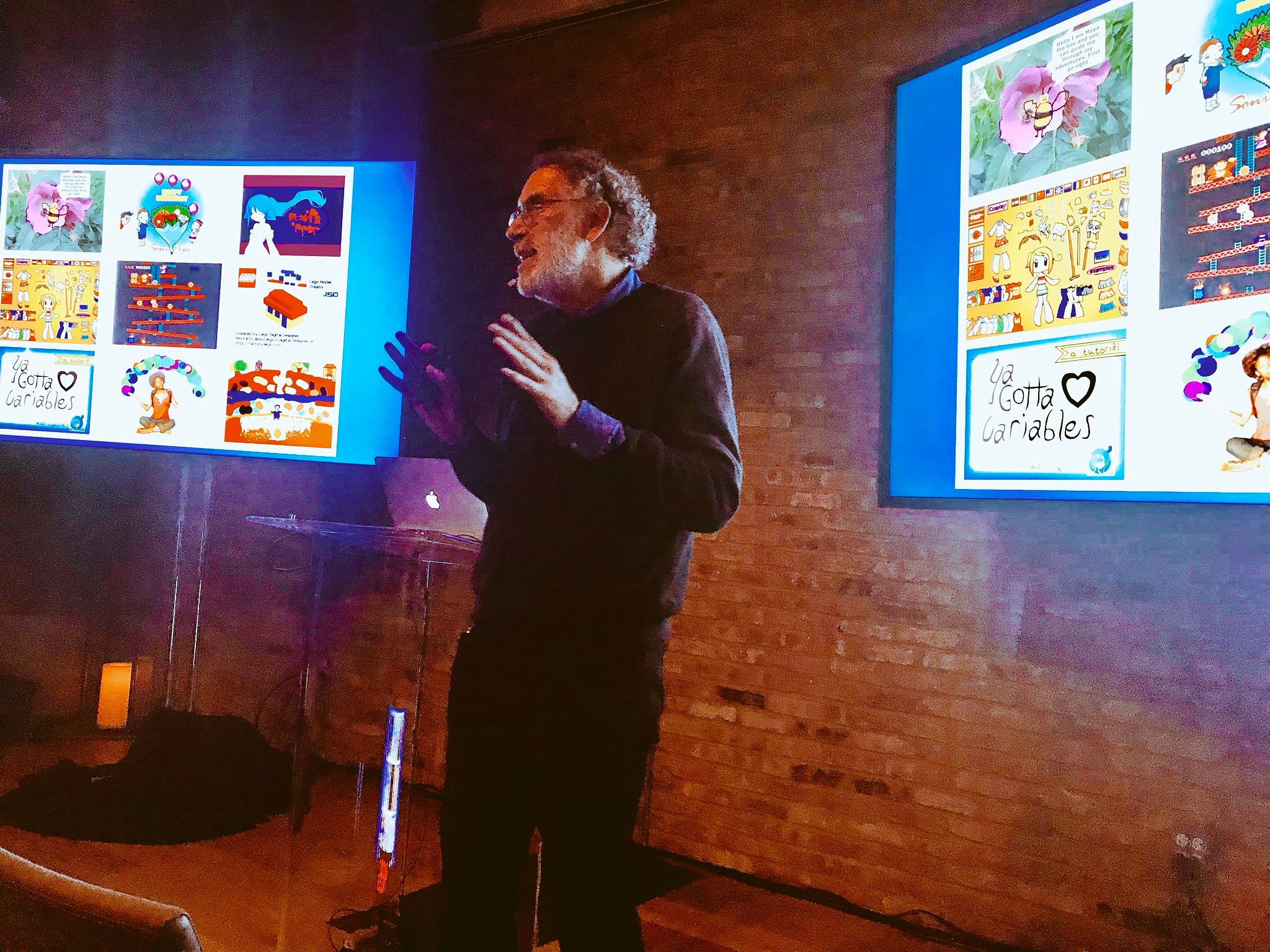 Mitchel Resnick is the Director of the Lifelong Kindergarten group at the MIT Media Lab. Amongst his group’s many achievements is the programming language, called Scratch, that makes it easier for kids to create their own animated stories, video games, and interactive art.

His book, Lifelong Kindergarten – Cultivating Creativity through Projects, Passion, Peers and Play, was recently published by MIT Press and is available at all good bookstores.

We caught up with Mitchel to talk about how to design an education system to equip children to thrive.

pi-top: For more than 100 years society has experienced change and yet our education systems have remained constant. What is different now and why should they change?

Michel Resnick: One thing that I think everyone could agree upon, is that the world is changing more rapidly now than ever before. That’s one thing that is a characteristic of today’s society. If we live in a fast-changing world, it means that children growing up will face a never-ending stream of new unknown and unpredictable situations.

I think, too much in today’s educational system, it’s trying to guess exactly what children will need and give them a particular set of skills to prepare for a particular future that is imagined. When we know that things will be changing, the most important thing for us to do is to help children learn to think creatively, adapt to change, and come up with innovative approaches to new and changing situations.

We need to think about how we can support children growing up as creative thinkers, so they’re prepared to be able to deal with the world that they will be living in. I don’t think the current educational system was designed for that, or does a very good job of that. We need to make new changes.

Giving them the opportunity to create is part of what constructionism is about, the ability to give them opportunities to make things as part of meaningful projects. I do think it’s more needed now than ever to provide children with opportunities to design, make, create, and invent.

I tend to characterise this approach in terms of four words that begin with the letter P, projects, passion, peers, and play.

It’s important to have a project-based approach, where people aren’t just responding to a particular question and giving an answer and moving on to the next question, but when I say project-based, it means coming up with an idea, playing out the idea, creating an example, trying it out, seeing what happens, revising it, iterating based on what happens. That’s what a project is about.

I think if we want them to be creative in these projects, then they need to be constantly experimenting and trying new things and testing the boundaries. That’s what I mean by a playful approach. We want to make sure they have an approach, which is where they’re constantly experimenting in a playful way. So, giving children the opportunity to work on projects based on their passions in collaboration with peers in a playful spirit is what I think is the key to helping them develop as creative thinkers.

I’m not saying that that’s easy to do. In fact, there’s a quote that I’ve always liked from John Dewey, the father of progressive education, who was arguing for many of these same ideas 100 years ago. When John Dewey was talking about the progressive education approach, he said, “It’s simple but not easy.” What I think he meant by that is, you can easily describe it. I describe it in the four words of projects, passion, peers, and play. So, it’s simple, but not easy. It doesn’t mean it’s easy to implement. I’m not saying it’s easy to assess, but it’s important to assess the things that we value. Too often in today’s schools, we end up valuing the things that we can assess. Instead, I think we have to figure out ways of assessing the things that we value.

This article was first published in 'Learning by Making' magazine Issue 1.
If you’d like to find out more about how 'learning by making’ with pi-top can help you, your students and your school, get in touch here.