A few weeks ago Chris, pi-top’s Mechanical Design Engineer, travelled to Shenzhen to get the pi-top China team more involved with the PiWars project. Up until now, they had only been able to provide help and advice remotely. He did some pi-top work as well (the team attended a Raspberry Pi Jam in Shenzhen), but PiWars was very high up on the trip agenda!

This month I had a trip booked in to see the pi-top team out in Shenzhen China. They have been following our PiWars build progress on the blogs and giving remote advice where possible, but were keen to get really stuck in.

The weekend before I travelled, I knocked up another Frankentop (see last mechanical blog post). However, as you can see in the next picture, this one had a few key differences and improvements!

First up, general fabrication was a marked improvement over the first Frankentop iteration - funnily enough it is much easier to make a good job of cutting a laptop in half on your second attempt! The plastic melted a lot less from hot dremmel cutting discs and the pi-top Mag Rails survived the modification with far less aesthetic damage.

The second was was the undercarriage manufacture. First iteration Frankentop, we used double t-slot width aluminium extrusion. For this one, single t-slot width aluminium extrusion was used, so straight away we have GVW (gross vehicle weight) savings of almost 50%! This, in turn, leads to our robot being faster to drive around and also the battery lasting longer. In addition (and probably more importantly for now) its overall volume was much smaller and therefore easier to fit into a suitcase on a long haul flight to China!

With a trip to Shenzhen to see the China team occurring mid PiWars build, it seemed like the perfect opportunity to spend time looking for cool components we incorporate into our robot.

Where the pi-top China team’s office is in Shenzhen, we are very close to Huaqiangbei - this is a major electronics manufacturing hub of the world with huge electronics marketplaces. 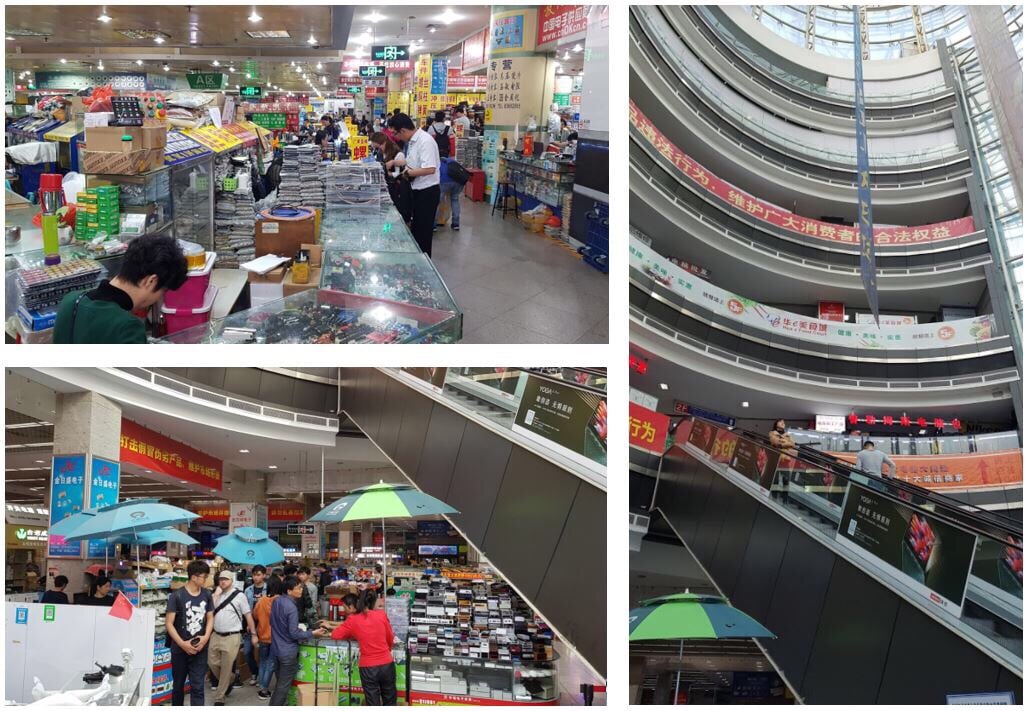 The first stop was pi-top Electronic Design Engineers Wil and Jimmy’s tame PCB supplier. Here, we managed to source come DC motor driver boards for just under £1 each, so a bit of a saving on buying them in the UK! 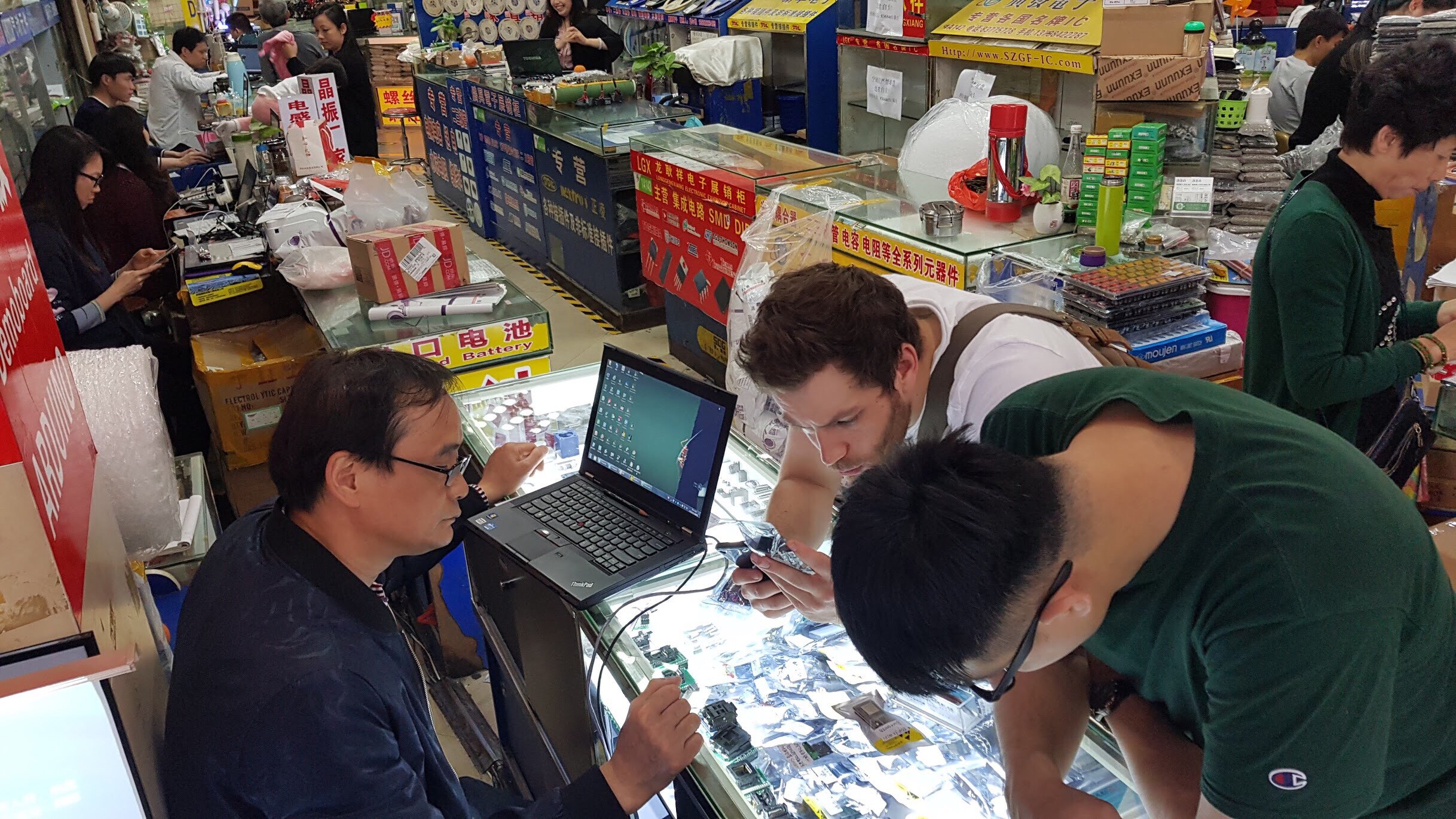 The next item on the shopping list was DC motors - we wanted to have a variety of different motor speeds and torques, so we could test and find the best motors for each of the PiWars challenges.

Through trawling the markets, we discovered Kangin Motor company and they supplied every type of motor you could think of! In addition, they stocked a wide range of RC car wheels, so we really lucked out. 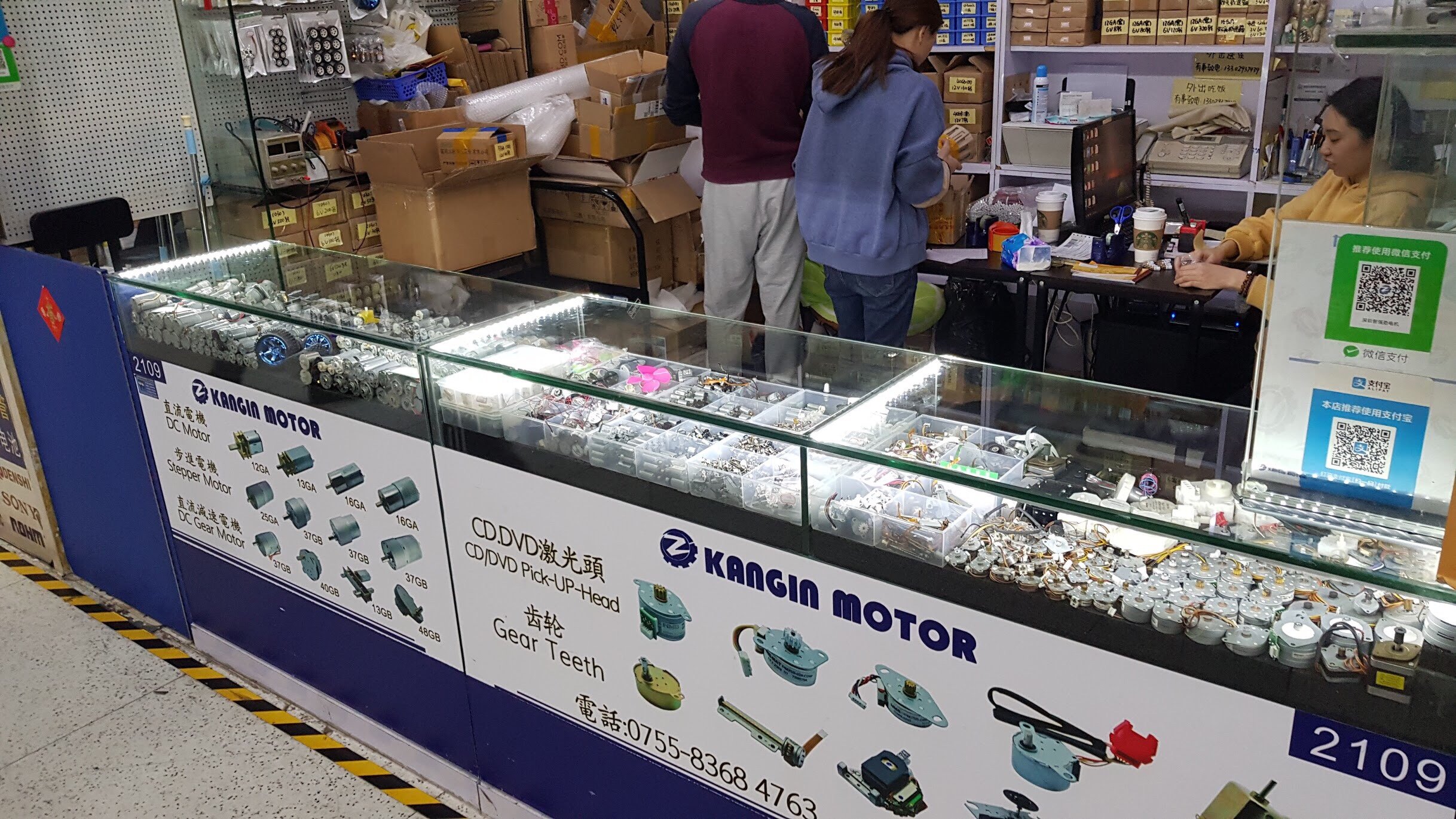 On Sunday 11th March, the pi-top China team attended the Raspberry Jam at Seeed in Shenzhen. It was a really great day out, we got to meet lots of really nice people who were super enthusiastic about hacking and building things with Raspberry Pi computers and similar.

We also had a chance to showcase our new pi-top laptop and discuss a few ideas about our PiWars robot. 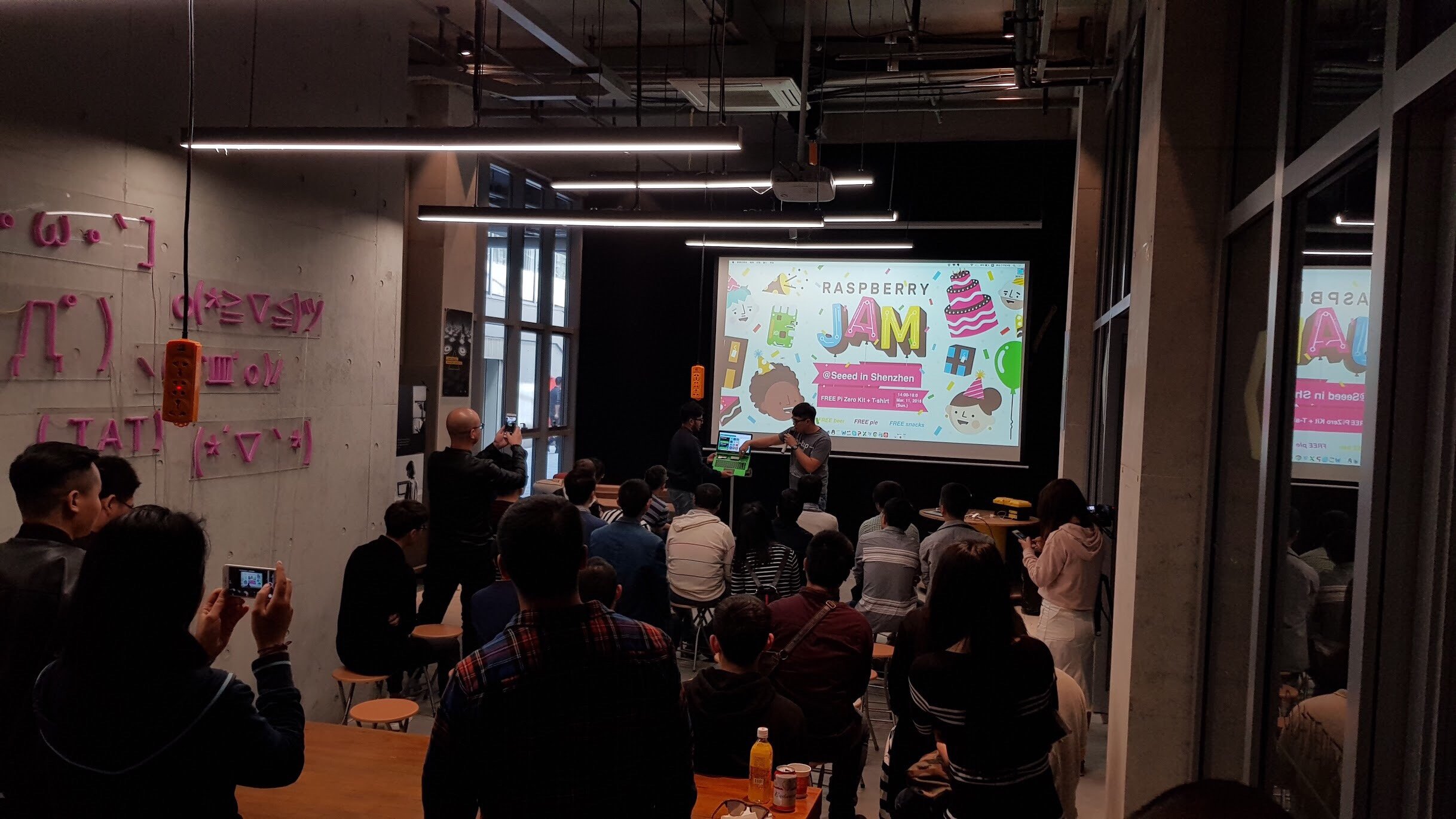 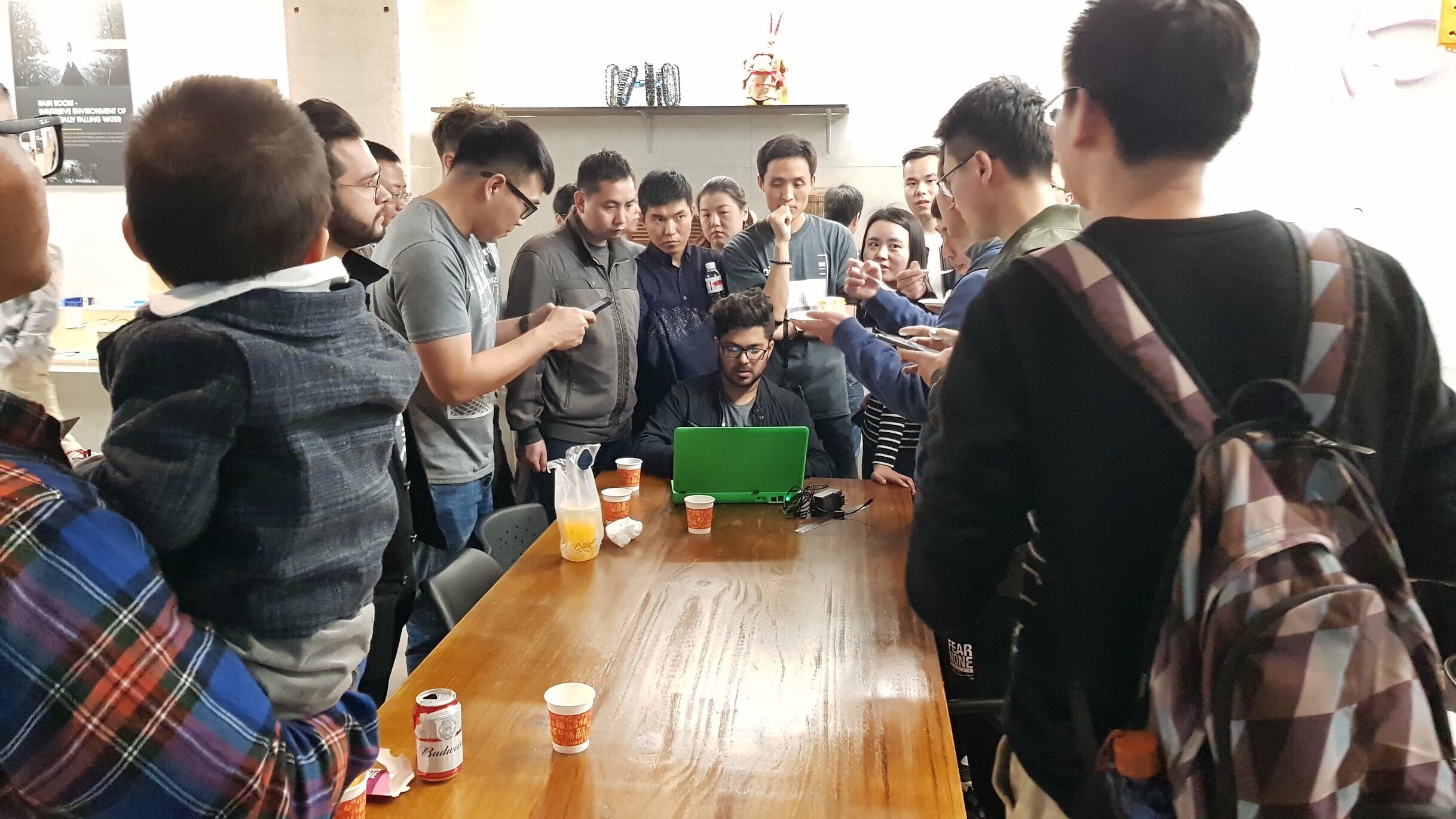 One thing as a team we have been keen to develop is a 4x4 drive setup option for the robot. With the successful shopping trip to Huaqiangbei and our new abundance of DC motors and driver boards, Rez (pi-top Electronic Design Engineer, based in Shenzhen, China) took it upon himself to start developing this 4x4 motor drive rig.

The plan is for Rez to get a working prototype of the rig developed and then email across all the designs and code so we can build a replica of it to incorporate it into the PiWars robot build in the UK office.

Another feature of the pi-top PiWars robot that was developed in China was the motorised sliding keyboard. 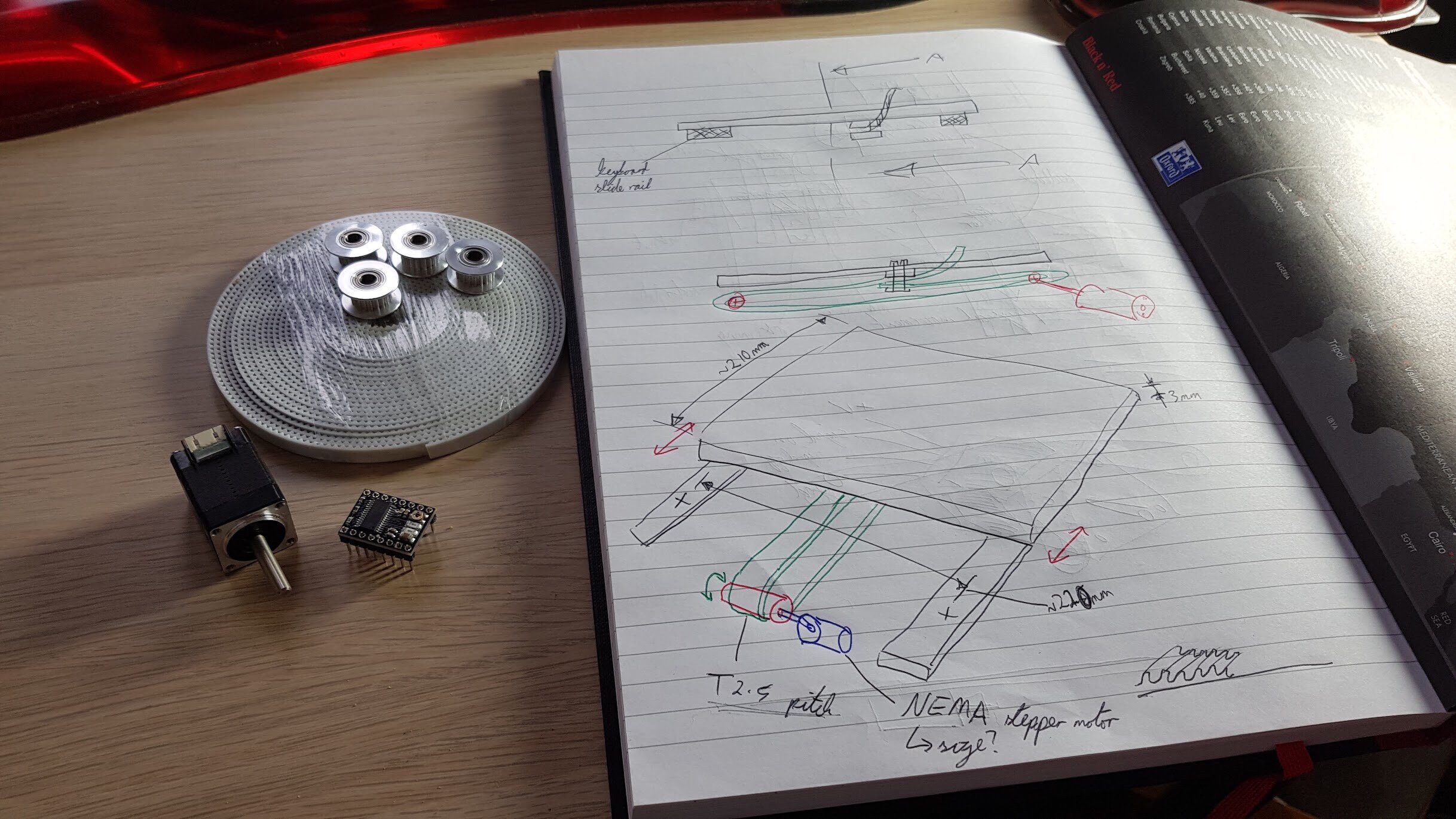 Blacksmith, our Mechanical Design Engineer based in China, and myself developed this design concept:

The initial prototype will be made using a NEMA 8 stepper motor and a Polulu DVR8825 driver, along with some GT2 pulleys, sprockets and timing belts. 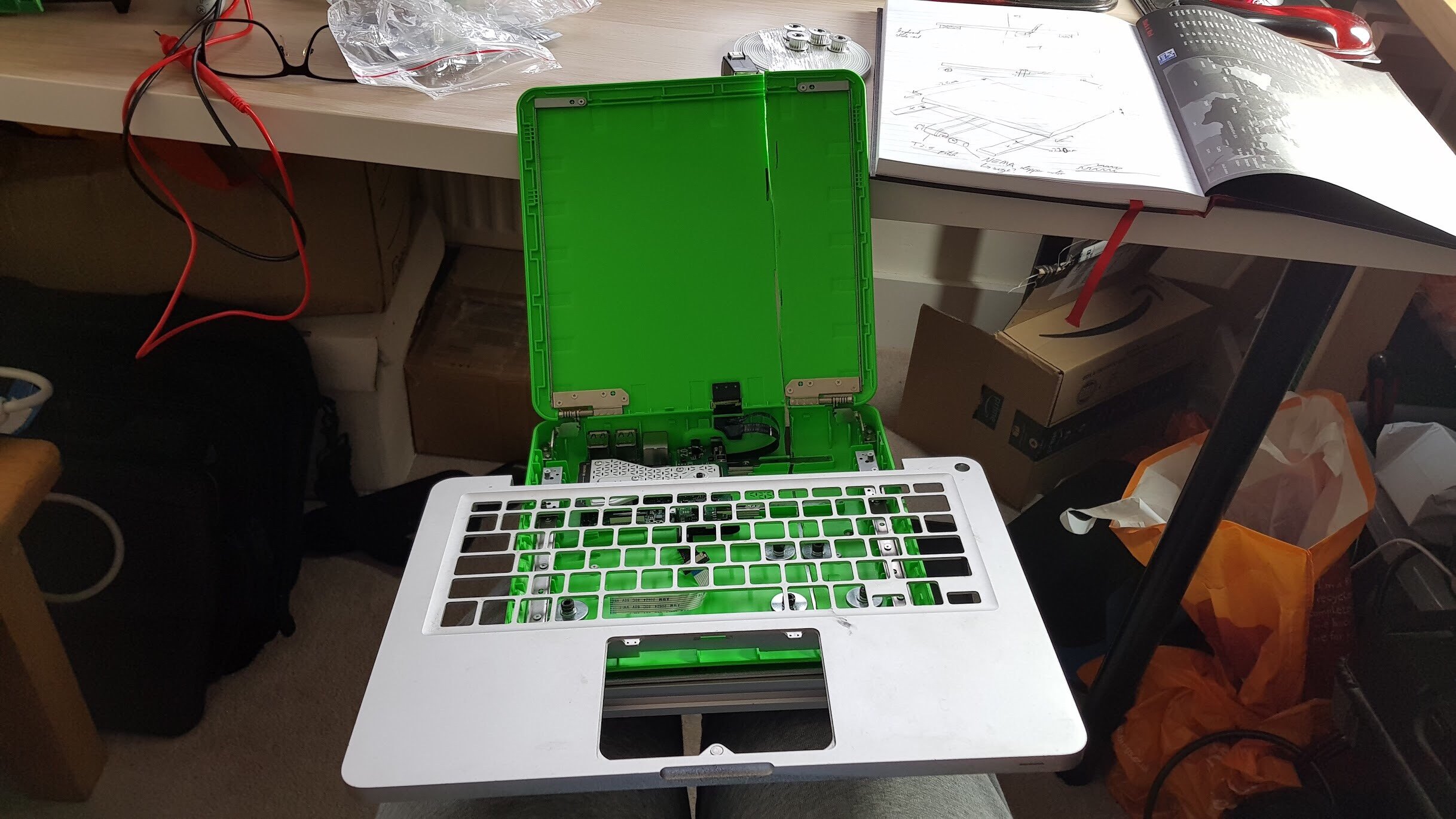 The surface finish on the fascia plate (brushed aluminium) is quite nice, not too many blemishes, so I think if the build goes well, this could be a good looking feature of the robot.

That’s all we have time for in this blog! Still on the agenda to hopefully blog about in the future:

I didn’t have time to put together a fancy video this time, but watch this space (or follow @GetPiTop on Twitter)!