Our review and reflections of BETT 2017!

Our time within the mighty Excel centre at this year’s BETT Show seems like yesterday. It wasn’t, but we’ve only just come down from the high that was a great four days at the world’s leading education technology show.
Here we are, we look impressive, right? Our stand showcased the possibilities of pi-top, including interactive exhibits, such as Sense-Hats, a self-built heart rate monitor and plenty of pi-top laptops and pi-topCEEDs for visitors to try out and play with. 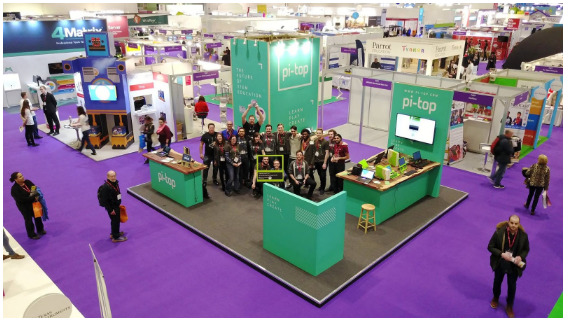 One great thing we enjoy every year at BETT is having the opportunity to meet such a diverse range of new people, and this year was no different. From teachers and students to education and technology media, it’s great to introduce pi-top and our movement to the education space. We even had royalty approach us - Prince Andrew, the Duke of York swung by our stand too! Our co-founder Jesse also caught up with the BBC’s technology correspondent, Rory Cellan-Jones to talk about pi-top. Here’s a tweet he posted of Jesse afterwards: 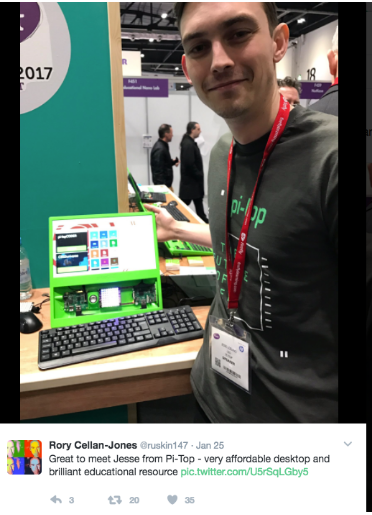 We also ran a competition on our stand which gave visitors an opportunity to win their own pi-top prize packages, including pi-topCEEDs, speakers, laptops and more. Entrants had to simply take a photo of themselves within the big pi-topCEED frame, and tweet it. Here’s a selection of tweets from the event:

@GetPiTop thanks for taking me through the kit #pitopforSTEM fingers crossed for the win!

Twas great sampling the pitop: it may just be the game-changer we've been waiting for @Getpitop #pitopforstem

Went to @GetPiTop and all I got was this awful picture taken!! #pitopforSTEM

We were all so delighted when pi-top was named ‘EdTech Startup Company Of The Year’ at the BETT Awards 2017. It was a great way to end the first day of the show, and after all the hard work our team has put in the run-up to the event, and the rest of the year! 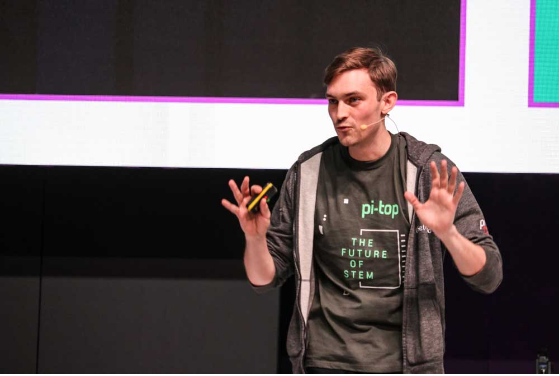 The penultimate morning of the show saw our co-founder & CEO Jesse take to the stage for his speech on “Making STEAM a reality for the classroom” in the main BETT Arena. The interactive speech tested the audience’s attention span by encouraging them to track specific pi-top images with a specially designed pi-topPROTO board.

On the same day, we also had Cyber Ready Girls with Baker McKenzie join our stand. The four young girls were playing on CEEDuniverse and were accompanied by our friends  Dyann Heward-Mills from Baker Mckenzie, Robert Dowell from the National Museum of Computing and Pat Ryan, the founder of Cyber Ready Girls. It was a great pleasure to have that inspiring troupe on the stand.

BETT Show seems to get bigger and bigger each year and attracts a range of influencers from the industry. This year, in particular, we saw an increase in international attendees, which is great. For us, it’s the best place to see how education is evolving. BETT is really exciting to be at and it enabled us to see just how far we’ve come since the last show, both as a company, and the range of new products and improved pi-topOS.
Thanks again to everyone who supported us the event, and everyone we met a spoke to over the four days. Another great BETT Show, we’ll see you next year! 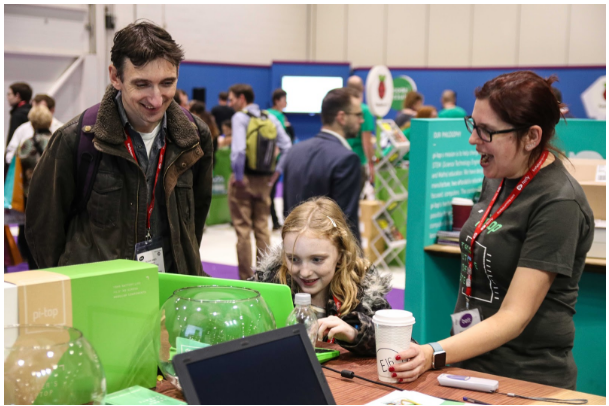